ULAANBAATAR (Reuters) - Mongolia’s parliamentary speaker, Enkhbold Myegombo, has been ousted following weeks of public protests against him over accusations he was involved in the corrupt sale of government positions. 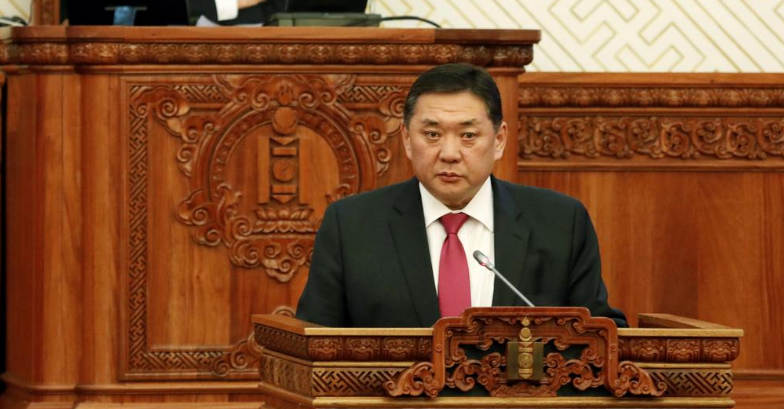 Tens of thousands of people took to the streets in late December to protest against Enkhbold and the two main political parties, the Mongolian People’s Party and the Democratic Party.

Public unrest has simmered throughout January, with a cross-party group of legislators boycotting parliament. Some protesters began hunger strikes on Ulaanbaatar’s central Sukhbaatar Square on Jan. 10.

The role of foreign investment in resource-rich Mongolia’s development has also come under scrutiny, with many nationalist politicians complaining that strategic assets have been sold off to foreign firms on the cheap.

Enkhbold denied accusations of corruption and declined to resign, but parliament voted in favour of forcing his dismissal late on Tuesday in a procedure initiated by President Khaltmaa Battulga, who defeated Enkhbold in a 2017 election.

“I was not playing tricks to save my position, I believed this problem should be solved legally,” Enkhbold said, complaining that the dismissal procedure undermined parliamentary democracy.

He could not be reached for comment on Wednesday.

Audio recordings released by a whistleblower in 2016 were believed to implicate a number of politicians in a scheme aimed at raising 60 billion tugrik ($23 million) in campaign funds for parliamentary elections that year, which were won by Enkhbold’s Mongolian People’s Party.

Five members of parliament have led efforts against Enkhbold and the two parties, and they announced on Monday they had formed a group called “Wealth Owner Mongolia” that would fight against corruption and nationalise mines of “strategic” importance.

Mongolia’s biggest foreign-invested project, the Oyu Tolgoi copper-gold mine run by Anglo-Australian giant Rio Tinto, is also at the centre of a corruption investigation involving a former finance minister who signed the original 2009 investment deal.

Mongolia is working with overseas investigators to look into suspected corruption at the mine, the anti-graft agency said on Tuesday, after the re-arrest of the minister.

(This version of the story corrects date of whistleblower activity in paragraph 8 to 2016, not “last year”)